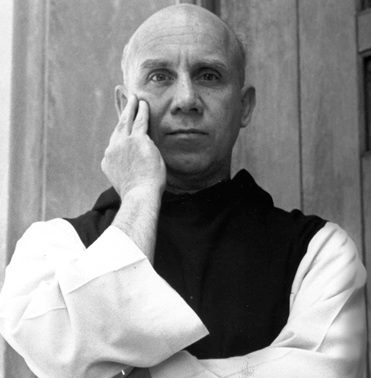 In downtown Louisville, Kentucky, there stands an unusual historical marker. Instead of marking the place as the site of an important battle, or the birth or death of a notable person, it marks a moment of clarity that burst into the heart of one of our country’s great religious figures, Thomas Merton, who was a Trappist monk, theologian, mystic, poet, and social activist (among other things). In that very spot, the man’s heart was changed, and it pleases me to no end to know that someone thought that warranted an historic marker.

Here’s what happened: in his book Conjectures of a Guilty Bystander, Merton described the moment that took his breath away. “In Louisville, at the corner of Fourth and Walnut, in the center of the shopping district, I was suddenly overwhelmed with the realization that I loved all these people, that they were mine and I theirs, that we could not be alien to one another even though we were total strangers. It was like waking from a dream of separateness, of spurious self-isolation in a special world. . . .  This sense of liberation from an illusory difference was such a relief and such a joy to me that I almost laughed out loud. . . . I have the immense joy of being man, a member of a race in which God Himself became incarnate. As if the sorrows and stupidities of the human condition could overwhelm me, now that I realize what we all are. And if only everybody could realize this! But it cannot be explained. There is no way of telling people that they are all walking around shining like the sun.”

I’ve been thinking of this lately as I walk through our world which is so fractured, and particularly as we begin the liturgical season of Lent (which will have begun on Ash Wednesday, February 26). During Lent, Christians are reminded that we are called to walk humbly with our God, with our hearts open to the possibility of change, of repentance, and of newness of life. Throughout church history, this season has been marked by the Church’s reminders of human sinfulness, and Christians have been taught that they only way to heal themselves of depravity is to repent, and to symbolize that repentance by “giving something up for Lent.” (There have been times in my life when doing so was a meaningful form of self-discipline, so please do not hear this as a rant against taking Lent seriously as a time of personal repentance.)

I think Lent could be about so much more than that, though. What if the sins we’re called to turn away from are not so much the typically noted individual sins (gluttony, anger, lust, greed, you name it)? What if our greatest shortcomings are not the sins of the flesh but rather the sin of division within humanity, and division between humankind and the rest of creation? As Merton put it, the thought that we are separate from one another is just a dream ~ and, I would say, it’s a bad dream. What if instead of judging the sins of others or wallowing in our own sense of personal shame, we are called to try to mend divisions, to act from deep love even with people whose values are foreign to us?

Honestly, I cannot think of a harder task; especially during a contentious political season, it takes real effort to move from dualistic thinking to a deeper, transformed view of the world. For me, the thing that makes me most able to see people shining with that divine light Merton wrote of is time spent in prayer with others. If you’re like me, feeling that you just can’t get there alone, consider coming to church one of these Sundays ~ at 10 a.m. for our traditional worship service, or 5:30 p.m. for silent meditation! I believe you’ll find healing, courage, and strength in practicing together through prayer, song, silence, and community connection.

So I ask you: where were you when your heart broke open wide enough to admit the possibility that we are all more alike than different? Where in your life should there be a marker to indicate to the world that, on that spot, Love broke in and changed you? I don’t know what lies ahead for us in these tumultuous days. I do know that Love is powerful, and can transform hearts and lives, and maybe even the world. May it be so for you and for me.

(Scroll down for a map)

We meet upstairs in the church for Sunday services at 10 am. There is an elevator available for those who prefer not to use the stairs. The congregation and our guests are asked to wear masks during the service and as long as you are inside the building.

You Can Rent Our Space!